Classic Reruns: Trevor Sorbie – An Interview with a Hairdressing Icon

Icon, legend, innovator. These were just a few of the words that I used to describe this very special guest who joined me on the podcast back in Episode 23. …

Icon, legend, innovator. These were just a few of the words that I used to describe this very special guest who joined me on the podcast back in Episode 23. Yes, we were beyond excited (and a tad nervous) when I had one of my biggest honours of my life by interviewing the one and only, Trevor Sorbie. Thats why for the second of our ‘Classic Reruns’ episode I had to relive this magical interview with you all today; nearly 4 years on since we originally recorded it in August 2017.

In this episode, we once again have the opportunity to re-listen to Trevor sharing the stories from his incredible career in hairdressing, and his firsthand experience of training some of the worlds top hairdressers. He also debunks some of myths on what makes a great hairdresser and offer up a few inspirational words on getting the very best out of your hairdressing career – it’s of epic proportion!

I hope you enjoy this ‘Classic Reruns’ episode and don’t forget, after listening to this conversation with Trevor go and check out our full library listings of podcasts and take a listen to some of the many other great names that we have had come onto the show. And we can’t wait to bring you many more great names for the future. Stay tuned! 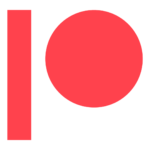 To help out the show:

Leave an honest review on iTunes. Your ratings and reviews really help and I read each one.
Subscribe on iTunes.
Follow on Spotify.
Subscribe by Email.

Thank you to Trevor Sorbie for joining me on this Rerun podcast.

Until next Monday, Peace, Love and Smiles all the way… Goodbye.

Pioneer of cuts and styling techniques such as The Wedge, The Chop and The Scrunch, Trevor Sorbie has won the coveted British Hairdresser of the Year title an unrivalled four times. He is the only hairdresser to have become so well known, that his vocation has been a question on TV quiz shows such as Who Wants to be a Millionaire and The Weakest Link. He’s also listed in Debretts and the International edition of Who’s Who.

Fondly referred to as the ‘Godfather of hairdressing’, Sorbie’s professional standards are second to none.
His 5 UK salons, in London’s Covent Garden, Hampstead and Richmond, plus Brighton and Manchester, attract the very best hairdressers in the world, who have developed a reputation for being industry leaders, all undergoing a rigorous training programme overseen by Trevor himself.

How To Cut It on Social

Support How To Cut It podcast on our Patreon page HERE

How To Cut It: Hairdressing Community