EP111: Why Johnny BaBa is Taking Barber Training to the Next Level

Whether we agree or not, we need to give careful consideration to others honest and personal opinions to the state of the industry. Particularly when these opinions come from one …

Whether we agree or not, we need to give careful consideration to others honest and personal opinions to the state of the industry. Particularly when these opinions come from one of the industries most respected names. That’s why I’m excited to have the undeniable force from the barbering world – and a man never to shy of sharing an opinion – Johnny BaBa back on the podcast again. And boy, today he’s going to give us all some home truths when it comes to the current state of barber training and the industry at large.

Last on the show in Episode 21, Johnny is back today to talk about why two years on since our last conversation he has added an academy to his BarberBarber UK brand of businesses. Creating a six months barber shop training system course, we’ll hear how he initially set this up to help take the stress out of finding staff by recruiting from within. And if you’re after more, then you’ll also be getting some key technical takeaways to cutting mens hair straight into you earbuds from a true master of his craft.

One of the most successful entrepreneurs in his field, Johnny has come a long way since selling his business in Limerick, Ireland after deciding to put everything into his Barber Barber UK business. Five years later, he now has seven stores across the UK and an academy which has seen students travel from as far as the Middle East to learn from him.

Johnny is a strong believer in the safety of technique and achievable excellence, and is building an outstanding reputation for his functional, wearable haircuts and a strong focus on mixing craft and commerce within the barbershop business. He subscribes to the school of thought that simplicity is the hardest thing to learn, but it is by far the most practical approach to barbering. Nothing has to be complicated in order to be correct. Something I totally agree with! Hear if you do, too!

To help out the show:

Leave an honest review on iTunes. Your ratings and reviews really help and I read each one.
Subscribe on iTunes.
Follow on Spotify.
Subscribe by Email.

Special thanks to Johnny BaBa for joining me again today.

Until next Monday, Peace, Love and Smiles all the way… Goodbye
. 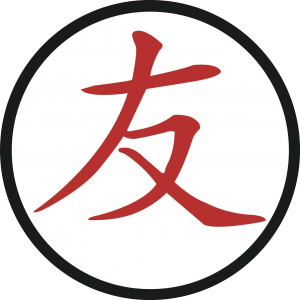 Johnny BaBa is an undeniable force to be reckoned in the barbering world and the brainchild behind Barber Barber UK. Having sold his business in Limerick, he decided to put everything into a venture that would see him go onto become one of the most successful entrepreneurs in his field.

Barber Barber UK officially opened its doors in Manchester in November 2013. Five years later, he now has seven stores across the UK and an academy which has seen students travel from as far as the Middle East to learn from him. A strong believer in technique, Johnny has worked at London Fashion Week, heading up the mens hair team for luxury brands. He was the men’s hair lead for the Style Masters Paris Show (Parc de Versailles) and has also been a judge in the American All Star Challenge for two years running (largest mens hair competition in the world).

Here’s some of what we cover in today’s episode

Each Akito Scissor is Hand-Crafted, Ergonomically Designed and Precision Engineered to the highest standard by some of the world’s finest Scissor-Smiths; providing you with complete reliability, sensational cutting performance and maximum comfort.

Akito Scissors, an Award Winning, Family Run & Charitable Company that was created by Hairdressers & Barbers for Hairdressers & Barbers. They provide a Tailored, Educational & Consultative Service to their customers; providing them with relevant, transparent and factual information relating to Hairdressing & Barbering Scissors. Empowering them to make informed decisions when buying Scissors and why it was so important they choose correctly.

Their commitment to educating you, their customer, means they Don’t have Distributors, meaning their Scissors don’t have expensive 35% mark-ups and you pay less for exceptional Scissors.
Akito Scissors is a Brand that believes in helping others which is why, every year they donate 5% of their profits to help Hairdressing & Barbering based Charities.