Reach Out and Assist Your Hair Idols, by Darrel Starkey-Geltings

Let me introduce myself…

I’m Darrel Starkey-Gettings, owner of Taylor’s Hair Studio in Skegness. For those of you that know me will have seen that I’ve been on an exciting journey. For others who don’t, I want to share how I went from never winning industry competitions, to assisting and learning from some of the biggest names in hairdressing right now.

In early 2018 my journey really began, as I started entering industry competitions. Initially I never really got anywhere entering them. By this I don’t mean winning them, it was more I didn’t feel I was getting the full experience from them. In truth, looking back the time wasn’t quite right to be entering them. 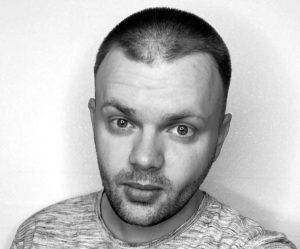 Assisting For a Shoot

A big turning point came was when I noticed on Facebook that leading hair colourist, Carolyn Newman, was looking for a colouring assistant for an upcoming shoot that she was involved in. Pondering on whether to message her and apply, it was when Akito Scissors tagged me on to the post and I took my shot!  Within a few weeks I was in London, colouring hair with the talent that is Carolyn for images that were later published in a global magazine.  For a small town salon owner like me, it gave me silly amounts of confidence.

To quote up and coming hairdresser Georgia Bell, “A small town does not limit me, I’m only limited if I don’t push harder.”   This was when I decided to utilise social media to my advantage and I began to message industry people that really inspired me. Now time to be honest here. The amount of messages that you see read and not getting a reply was a little upsetting. You have to appreciate that these people are busy business owners and don’t always have the time for others to assist when they have their own teams. 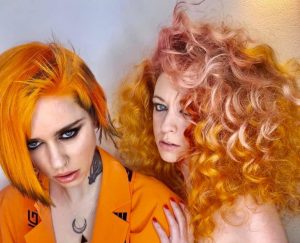 During the waiting times I was still entering competitions not really knowing who I was as a hairdresser. Just entering for the sake of entering and not for the reason that you wanted to learn from them.

Then in January 2019 a reply hit my inbox. It was from the incredible award-winning Rick Roberts, offering me the chance to assist him at Pro Hair Live in Manchester. It was the weekend that he was to announce he was joining the Schwarzkopf Team, so it was such a huge weekend and everything had to be perfect.

Allowing me to be involved in such a huge part of his career was so humbling. To this date Rick has alway been happy to guide me on where help is needed. 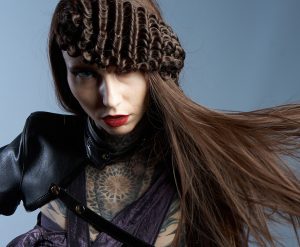 The next person I want to talk about is the absolutely kindest man I’ve ever had the privilege of meeting. Now as friends, Daniel Grainger has always been one of my idols, even before his TV show days. I was drawn to his work and now I know why.

Originally I really worked at making myself known to him. Every time a picture was posted by Daniel, I liked and left a comment. This eventually led to him following me and that’s when I sent him a message about assisting him.

I was so happy when he offered me the chance to spend the day with him 1-2-1 at his Northampton salon. I didn’t just learn cutting skills, as I got a real insight into his brain and why he creates the work his does. This is where the friendship was formed, our paths were meant to cross as we had experienced so much of the same stuff.

To date we are always talking (even on Christmas Day) and he is always honest with me and makes me want to become the best I can be.

With all the exposure I was giving myself on social media – including Instagram feed posts on my willingness to gain experience – I’ve been able to transform my career for the better. 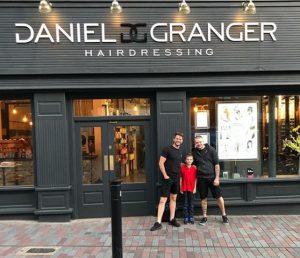 Other highs for me have included Karoliina Saunders asking me to assist her on the HJ Live Stage in Manchester and most recently in March 2020, I was given the opportunity to assist someone who I’ve long admired, the iconic Tracey Devine-Smith. It was after a training course with Tracey that she kindly offered me the opportunity to assist her on colouring and preparing the models for  ‘The Hair & Beauty’ Charity Ball runway show.

The following day I got to spend the day with Sally Brooks and her team on being educated to become a better hairdresser. They done this by looking at my work and helping me understand what I can improve on for session, photographic and salon work.

This all came about by me simply posting how I was looking for a mentor to help retrain my eye. I can honestly say that I did not expect to get any replies. Then to my surprise the following day I woke up to a message from Sally Brooks offering to do just that for me. 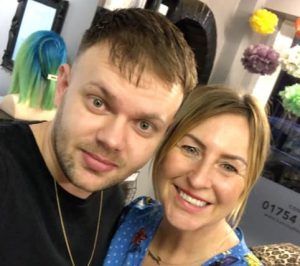 A Knock Back is a Step Forward

If you’re feeling unsure and not knowing where to go with their career, then I hope this blog post will help inspire you to reach out to those you admire. Drop them a message, ask for advise, ask to assist. You just never know what opportunities may come from it

Lastly, I would like to leave you with my final words to takeaway from this blog:

“A knock back is a step forward!”

“A door closing means you’re closer to the next one opening!”

“Second place is a silver medal, wear it!”